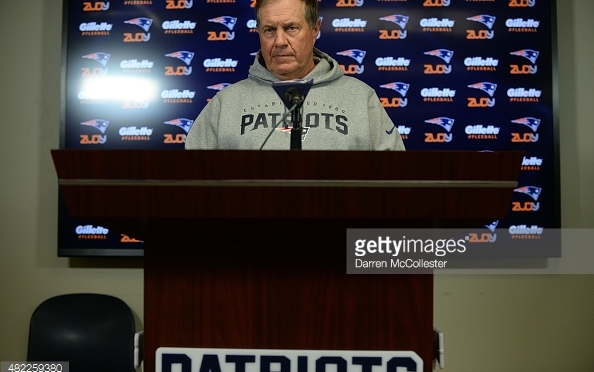 The New England Patriots made a series of roster moves today. They signed two rookie free agents, running back Tony Creecy out of North Carolina State and tight end Logan Stokes out of LSU. In order to make room, they cut tight end Mason Brodine and linebacker Chris White.

These moves aren’t going to raise a lot of eyebrows. Creecy had just over 1200 yards rushing for his entire career at NC State, and Stokes was a blocking tight end at LSU. Stokes was originally signed by the Pats back on June 11, but they cut him a week later. Brodine was a guy who bounced around a lot since coming out of Nebraska-Kearney in 2011, and has spent time with both the Oakland Raiders and St. Louis Rams in addition to the Patriots. He’s played in two NFL games in his career. White was a sixth round draft pick by the Bills out of Mississippi State in 2011, and also spent time with the Lions before coming to New England last year. He was mainly a special teams player, suiting up for 13 games and all three playoff games last season.

The move that will grab people’s attention was at quarterback. The Patriot’s cut Matt Flynn while also signing former Cardinal’s quarterback Ryan Lindley. New England signed Flynn back in June, a move that seemed to be a little extra insurance for Jimmy Garoppolo assuming Tom Brady’s four-game suspension is upheld. Flynn hadn’t passed his physical, as a hamstring injury was holding him back, and Bill Belichick was growing impatient, with the preseason opener on Thursday. As is tradition for the Patriots, Tom Brady is not expected to play at all in the game, and if he does it will be very little. While there’s a chance Flynn could return in the future, Belichick said, “We don’t have forever here; the train is moving.”

Ryan Lindley is most famous for being forced into playing time for an egregious quarterback situation for the Arizona Cardinals after both Carson Palmer and Drew Stanton went down with injuries. Lindley had been drafted by the Cardinals out of San Diego State, but was cut and went to San Diego. The Cardinals resigned him after Palmer went down, and Lindley got the nod over rookie Logan Thomas after Stanton went down. He struggled mightily in relief of Stanton against St. Louis and then the next week against the Seahawks as the starter. The Cardinals looked to start Thomas in Week 17, but a shaky week of practice gave Lindley another shot. He played fairly well in the last regular season contest, but was extremely underwhelming in Carolina for Arizona’s playoff loss.