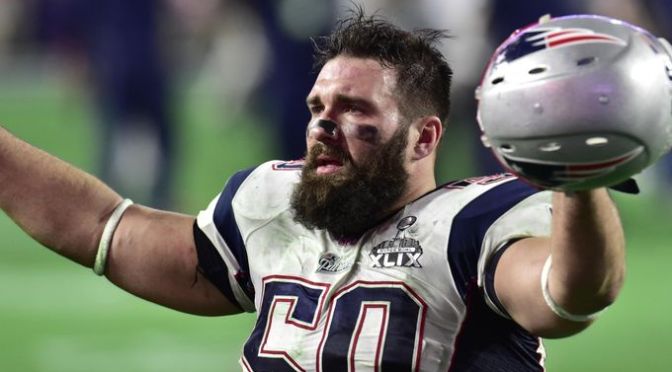 Rob Ninkovich has been the model of consistency since becoming a starter in New England. With consistency and improvement every year does Ninkovich get the recognition and respect he deserves?

When Ninkovich became a starter at outside linebacker during his second year with the patriots he proved that he should be a starter collecting 62 tackles with 4 sacks and 2 interceptions. The next year he improved with 74 tackles, 6.5 sacks and two interceptions. Two good seasons from a prior special teams player. He was then switched to defensive end where he has really excelled. His first year at defensive end Ninkovich recorded 58 tackles with 8 sacks, a very respectable number. His next season was even more of an improvement where he recorded 91 tackles and 8 sacks. Defensive ends typically don’t record that high of an amount of tackles, which really goes to show Ninkovich’s motor as well as his versatility being able to be moved around the field. This past season Ninkovich again played well, his tackle amount decreased to 53 tackles but again collected 8 sacks, which lead the Patriots.

Ninkovich is a leader on the defense and does even more than what the numbers show. He has played the role of a QB spy against mobile quarterbacks containing the outside edge, most notably against Russell Wilson in this years Super Bowl victory where he had a clutch sack on Russell Wilson which forced Seattle to punt and New England ended up scoring the game winning touchdown the following drive.

Ninkovich is seemed to never be talked about, especially outside of New England. I’m not saying he is one of the best defensive ends in the NFL and at the elite level such as guys like JJ Watt and Robert Quinn, but he is and should be closer to the top of the league ranks than he is the bottom and one of the best defensive players the Patriots have. Ninkovich provides the Patriots to run different defensive schemes with his versatility and the effect he has to change games. In my opinion, Rob Ninkovich is THE MOST UNDERRATED PLAYER IN THE NFL. Everybody has those players that they love and think is underrated and doesn’t get the praise and respect they deserve, Rob Ninkovich is one of mine. He is a difference maker, he plays well against the run, can get after the quarterback in the pocket and force him outside the pocket, and can drop back in coverage against the pass and do all three things at a high level.

Like he has in years past, I expect Rob Ninkovich to have a very good 2015 season and be one of the top defenders for the Patriots.