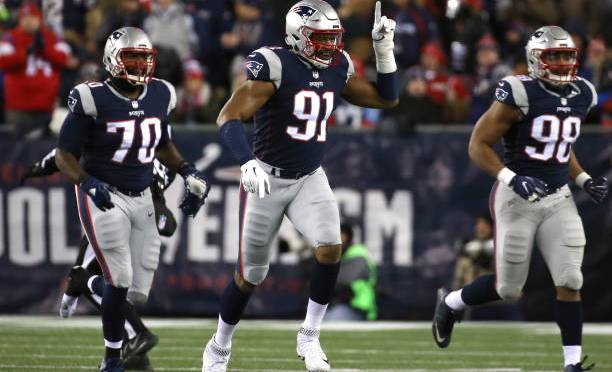 The start to Patriots Training Camp is finally almost upon us as it is set to start in just under a week. One of the biggest issues the Patriots had at times last year was at defensive line, most notably in the Super Bowl where they couldn’t generate any pressure on Eagles quarterback Nick Foles, as well as being unable to stop the Eagles in the running game. The Patriots will return some of their main core on the defensive line, such as Trey Flowers, Malcolm Brown, and Deatrich Wise Jr., as welcome in a few new faces.

One of the new names that people should expect to see a lot from this season is defensive end Adrian Clayborn. Clayborn signed a two-year, $10 million deal with the Patriots this offseason after spending the previous three seasons in Atlanta. In 2017 Clayborn finished with a career-high 9.5 sacks, and while that total looks good on the surface it’s worth noting that six of his sacks came in one game going against the Dallas Cowboys and backup left tackle Chaz Green. A former first-round pick Clayborn is a player who so far has not lived up to his full potential and hype around him following his career at Iowa, partly due to playing in three games or less in two of his four seasons while in Tampa Bay due to injury. If Clayborn can stay on the field and continue to build off maybe his best season as a pro in last season I would expect him to be a big contributor on the Patriots defensive line opposite Trey Flowers. 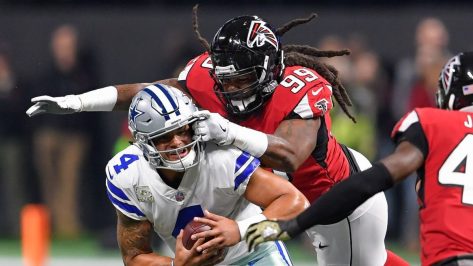 Another new face that should make a big impact on the defensive line this season is Danny Shelton, whom the he Patriots acquired in a trade with the Cleveland Browns this offseason. Shelton is a former 12th overall pick in the NFL Draft by the Browns, the same draft where the Patriots selected Malcolm Brown in the first round. 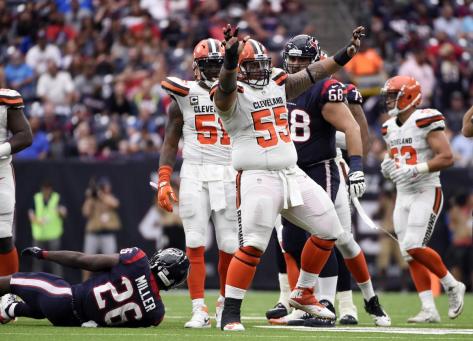 Both Brown and Shelton are true run stuffing defensive tackles and while Shelton had a down year in 2017, Brown is coming off his best year as a member of the Patriots in 2017. Having two big defensive tackles in Brown and Shelton in the middle of your line with a combination of Flowers, Wise, Clayborn, Lawrence Guy, and Derek Rivers as edge rushers, as well as having Vincent Valentine and Adam Butler to play in the middle,  gives the Patriots lots of flexibility on all three downs and in all types of situations. If players are able to stay healthy and play up to their potential this Patriots defensive line is one that offers tons of flexibility and can cause problems for opposing offenses. 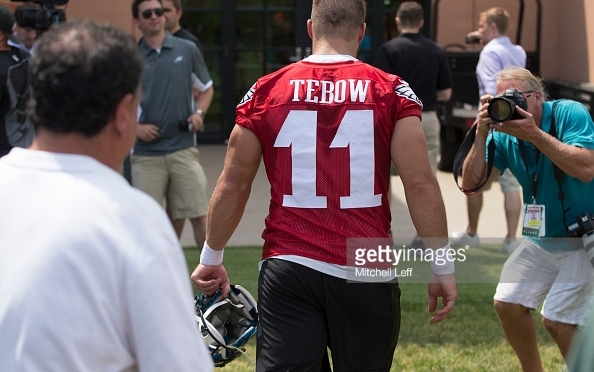 Imagine for a second that we lived in an alternative universe where every NFL coach would welcome HBO’s Hard Knocks series behind their closed curtains and give them all-access to the team’s daily ins and outs. Now, in that world, is there a single team you want on Hard Knocks more than the 2015 Eagles? After having the most interesting offseason in years, the team has not one, but four interesting quarterbacks on their roster. The presumed starter, former Heisman-trophy winner Sam Bradford, who’s missed the last two seasons with injuries. The likely backup (though possible starter), the beautiful Mark Sanchez, who had a once-promising career thrown down the toilet by Rex Ryan, then showed signs of rejuvenation when taking over for injured Nick Foles in Philly last season. Then you have Matt Barkley, who probably would’ve been the number one pick in the draft had he left USC after his junior year, but instead had a shaky senior year and plummeted to fourth round where he looks to never be a starting quarterback. And finally, you have one of the most pulverizing figures in the history of football: Tim Tebow.

The initial momentum for Tebow has all but died since his career went down the drain with the Jets. But two days ago, inquistir.com reported that Tebow could be at the heart of a quarterback controversy in Philadelphia. Seriously, you can read the story here: http://www.inquisitr.com/2273993/philadelphia-eagles-rumors-tim-tebow-could-be-poised-to-become-the-breakout-star-of-training-camp/ The article suggests that Tebow could not only beat out Barkley for the third string job, but may challenge for legitimate playing time.

I was and am as big of a Tebow fan as any. I’ve always liked college football just a little more than the NFL, and Tebowmania in 2011 was the closest the NFL ever felt like to college for me. Whether you supported him or hated him, the one thing you have to admit about the 2011 Tim Tebow ride is this: it was fun. I also think that Chip Kelly was smart to sign Tebow, and I think Kelly is the most innovative mind in the NFL. But Chip Kelly didn’t sign Tim Tebow to be his starting quarterback.

There’s a place for Tebow in this league, but it’s as a situational specialist. On 3rd and goal from the 3, I’d love to have a 6’3 bowling ball that has quarterback skills behind center. But using him as a short-yardage specialist is different than building your team around him. Bill Belichick has used guys because they do one thing really well all the time. Shane Vereen only caught passes out of the backfield. He uses guys like LeGarrette Blount and Jonas Gray against teams with a bad run defense (the Colts) and then locks them in a closet for the rest of the season. Chip Kelly is an offensive genius and can certainly find a place for a player of Tebow’s skill set in his system. Maybe Tebow’s improved. I hope he has, I’m rooting for him. But the only quarterback controversy in Philadelphia right now is whether or not Bradford can make it through the entire season healthy.