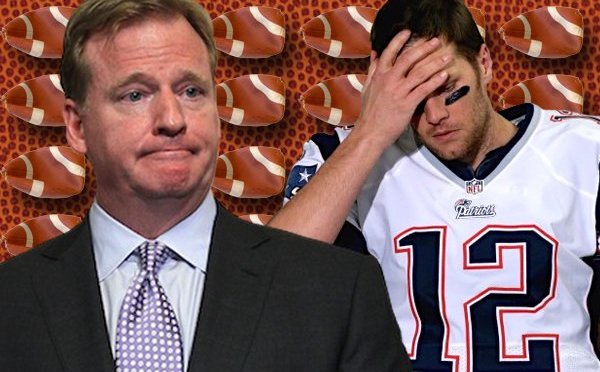 It happened the moment the duck boats went away and the final piece of confetti was placed in the trash receptacle. The 2014 NFL season was over and fans of the product were about to face the time of year they fear the most: off season.

It goes without saying, this off season was a bit different in New England. The Patriots won the Super Bowl and the farce known simply as deflategate dominated the airwaves, however, despite the wall to wall Pat’s coverage, it was still the dreaded offseason. For the rabid NFL fans who crave football, actual gridiron football, September was many months away.

This upcoming Thursday, the Pittsburgh Steelers will play the defending Super Bowl champion New England Patriots in the 2015 season opener. Suddenly all the petty league issues which have flooded the collective consciousness of all NFL fans can dissolve and those fans can embrace what they clamor for the most, the game of football.
Does this mean there isn’t room for some dramatic narrative? Of course not. Football is fun to watch but it never hurts to add a little sizzle to that steak.

Two teams in the NFC have had their share of problems which will no doubt influence their on-field product in the coming season. Admittedly, neither NFC team has had to endure their quarterback’s integrity being questioned in front of a courtroom but Tom Brady isn’t the only pigskin gunslinger to be placed in tumultuous circumstances.
New England fans are not used to quarterback controversies, well not since 2001. In our nation’s capital there is a great deal of debate among fans as to whom deserves to be under center; 2012 Rookie of the Year Robert Griffin the third or his one time backup Kirk Cousins. 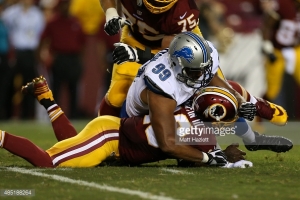 The past two years have been a fall from grace for RG III. The man whom Washington traded their 6th and 39th draft picks in 2012, as well as their first round picks in 2013 and 2014 to the St. Louis Rams for the rights to his services, was injured late in his rookie campaign and never was able to fully come back from it. For the past few years Griffin and Cousins have been involved in a rigorous game of quarterback musical chairs. Recently after stating the opposite, coach Jay Gruden handed RG3 the clipboard in favor of now starting quarterback Kirk Cousins. Nothing like paying a king’s ransom for a backup quarterback. 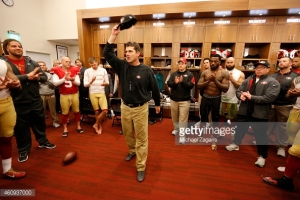 Elsewhere, the San Francisco 49ers are about to start their 2015 season after losing a great deal of talent. First and foremost, bombastic but result garnering coach Jim Harbaugh was all but pushed out an open hatch as a plane flew over Michigan. 49ers owner Jed York was not a fan of Harbaugh’s eccentric coaching tactics and was thrilled to hire new head coach Jim Tomsula.

The 49ers lost a great of group talent with notable names like running back Frank Gore, who headed to the Indianapolis Colts and star wide receiver Michael Crabtree who sought work with the Oakland Raiders. San Francisco was fortunate enough to pick up wide receiver Torrey Smith and running back Reggie Bush to attempt to lessen some of the loss. Sadly, five 49ers retired this past off season, with linebacker Patrick Willis being the most notable. The often heralded but constant criminal, linebacker Aldon Smith was finally released after yet another run in with the law. Needless to say, Colin Kaepernick will not be working with a squad remotely similar to the team he took to the Super Bowl in 2013.

These two aforementioned trainwrecks may be facing more turmoil than the promise of a new season may afford their anguished fan bases. Times of chaos are usually only a few stone throws away for any team in the National Football League. Fans in New England hope the Patriots have already paid their misery dues this offseason and I’d wager to say the same could be said for both the San Francisco 49ers and the Washington Redskins. 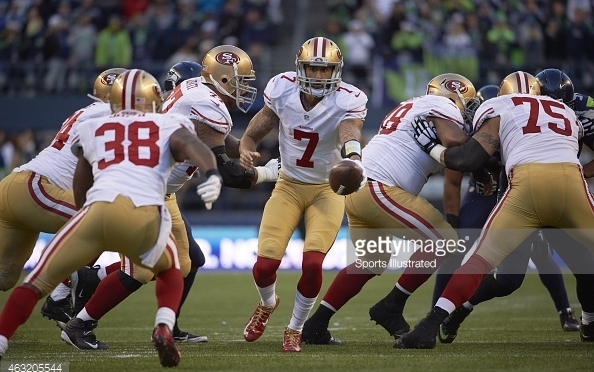 Oh how the mighty have fallen. Just a few years ago, the San Francisco 49ers were atop the National Football Conference (NFC), and one of the premier teams in the National Football League (NFL). But one off-season later, they are not the power house they used to be, but a mess. After making the NFC Championship Game for three straight years and having an appearance in Super Bowl XLVII (in which they lost to the Baltimore Ravens 34-31), the 49ers went 8-8. The downhill spiral began at that point.

The organization had already had a falling out with head coach Jim Harbaugh, and had fired him, hiring Jim Tomsula to take his place. Not only that, but former offensive coordinator Greg Roman jumped ship to become the offensive coordinator for the Buffalo Bills, and then the team fired defensive coordinator Vic Fangio. However, that was not all. Several key players on the 49ers roster chose to retire, or find greener pastures in free agency.

Veteran defensive cogs Patrick Willis (Linebacker), Justin Smith (Defensive End), and key offensive lineman Anthony Davis chose to retire. Even the young, (coming off his rookie year) linebacker Chris Borland decided to retire for health reasons. Then came free agency, where even more talented players like Chris Culliver, Mike Iupati, Michael Crabtree, Frank Gore, and Stevie Johnson left the team. To make matters worse, Aldon Smith, who was to be the defensive anchor after all the changes, got arrested again, and was released from the team.

Now what is left is a team in disarray, and in a new era of coaching. All hope is lost, the 49ers are sure to be a bottom feeder team in the NFL, nothing can save them now, right? Not so fast, this team can still play.

Even with the amount of blows this team took, they can still be a competitive team. They still have Quarterback Colin Kaepernick, who though had his worst season statistically, has shown growth through a week of training camp. Not only that, but he still has weapons in the form of wide receivers Anquan Boldin and Torrey Smith and tight end Vernon Davis. The offense also has stalwart defenders in the offensive line in the form of Joe Staley and Alex Boone. The 49ers defense is not in shambles, as they still have linebacker NaVorro Bowman, who is coming off injury, and hopefully can stay healthy in the coming season, and he will also have veterans Darnell Dockett and Glenn Dorsey to assist. The defense also has great potential in rookie Arik Armstead from Oregon.

Even with the young potential and returning veterans, the San Francisco 49ers are far from being able to compete for the Super Bowl. The 49ers play in the toughest division in all of the NFL, the NFC West, consisting of the Seattle Seahawks, St. Louis Rams, and Arizona Cardinals, who each have been busy in the off-season, improving their teams for a playoff push.

The Seahawks are a juggernaut of a team looking to make it back to a third straight Super Bowl,  the Cardinals have stability at quarterback with Carson Palmer and can return to the playoffs again, and the Rams have upgraded and are on the rise to the point where they can compete for a playoff spot. That leaves with the 49ers having to fight through a gauntlet just to make the playoffs. Yes, the 49ers will win some key games, but they won’t top 10 wins, they wont have the chance to win that 6th playoff spot. Year one of the Tomsula era will be tough for the 49ers and 49er faithful to swallow because of this downward spiral nightmare.