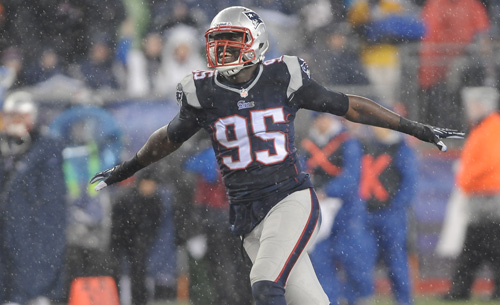 On Thursday night the New England Patriots and Pittsburgh Steelers will kick off the 2015 NFL season. As Bill Belichick would say, “The circus is in town.” The Patriots will finally put 2014 in the rear view mirror when they raise the championship banner. With Judge Richard Berman’s ruling coming out last week, and vacating Tom Brady’s four game suspension, most fans believe that the Patriots will just roll to victory. Not the case.

The Steelers were an elite team last regular season, and even though they will be without Le’Veon Bell, Marquice Pouncey, and Martavis Bryant they still have one of the best quarterbacks and wide receivers in the game. The Patriots need to bring their A game, and here is the five players that I feel are essential to victory, (besides the obvious ones).

5. Devin McCourty: Thursday night will be Devin McCourty’s first chance to prove himself, since the team handed him a hefty five-year 47.5 million dollar contract in March. Now, he will be the focal point of the Patriots secondary. Ben Roethilisberger will want to throw the ball all over the field no matter who is out there. McCourty needs to make sure he patrols the field and not let anything over the top.

In addition, McCourty may be asked to cover a tight end such as Heath Miller one-on-one in the red zone, as he did many times in the preseason. Safeties such as Patrick Chung have had issues covering tight ends in the past, and McCourty needs to make sure he can get the job done on Thursday.

4. Brandon Bolden: In my opinion, with LeGarrette Blount suspended for Thursday night’s game, Brandon Bolden will receive solid reps at running back. Although it will be a running back by committee system, Bolden is a very good pass blocker and that could be key Thursday night with an inexperienced offensive line. There is a good chance that the two rookie guards in Tre’ Jackson and Shaq Mason could be starting the game with, Bryan Stork injured.

That means that pressure coming up the middle and blitzing linebackers could disrupt Tom Brady and the passing game. Many think that new defensive coordinator Keith Butler will try to get after Tom Brady more than Dick Lebeau did. Therefore, Bolden has more veteran awareness to pick up those blockers than other running backs. In addition, he will play a big role in kick and punt coverage making sure Antonio Brown doesn’t break free.

3. Danny Amendola: The Patriots will be without Brandon LaFell on Thursday night, and in his place as the number two receiver, Danny Amendola will try to take over the work load. In his first two seasons in New England, Amendola has been mostly irrelevant. However, at the tail end of last season and into the playoffs, he was huge. For much of the preseason, Amendola was the only main wide receiver on the practice field with Tom Brady.

You would have to figure that the Steelers and Keith Butler will focus heavily on Julian Edelman and Rob Gronkowksi, leaving Danny Amendola in lighter coverage. When it comes down to big third down plays where Gronkowski is double covered and Edelman is getting jammed at the line, Danny Amendola needs to be able to slip underneath on crossing routes for the first down. Also, he is a tremendous blocker on sweeps and screens, and expect to see some of those with Dion Lewis on Thursday.

2. Chandler Jones: It is certain, that Ben Roethilisberger is licking his chops waiting to pick apart the Patriots inexperienced cornerbacks on Thursday night. Many fans have probably been having nightmares of Antonio Brown and Marcus Wheaton running all over the field on the Patriots secondary. With a weak secondary, Patriots defensive coordinator Matt Patricia will need to dial up some pressure up front. The most important player in getting to the quarterback will be defensive end Chandler Jones.

Jones played as a 3-4 defensive end in the preseason, as well as a stand up in a 4-3. On Thursday, Jones needs to take care of multiple duties. He needs to collapse the pocket and keep pressure on Ben Roethlisberger as well as keep contain and not allow him to make plays outside the pocket. That is what has made him so dangerous throughout his career.

1. Malcolm Butler: This is an obvious choice. Malcolm Butler has earned his role as the Patriots left cornerback during training camp, and now he needs to prove himself once again on the big stage. Butler could be covering both Antonio Brown and Marcus Wheaton at times on Thursday. The chances are that wherever Antonio Brown goes, the Patriots will be double covering him.

When Antonio Brown is double covered by Butler and McCourty, I wouldn’t be as nervous as when Butler is manned up with Marcus Wheaton. He needs to put Marcus Wheaton on the island and not allow him to get big yardage, which is the Pittsburgh bread and butter. If Butler performs well in a Patriots victory Thursday night, fans should feel comfortable about the secondary, but that if a monumental, “if.”