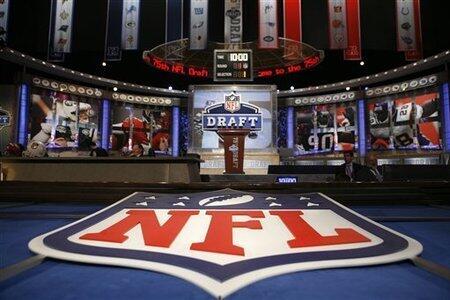 The start of the NFL Draft is just under a week away. Currently the Patriots will not pick until the third round with the 72nd pick overall after trading their first round pick to the New Orleans Saints in exchange for wide receiver Brandin Cooks and their second round pick to the Carolina Panthers for defensive end Kony Ealy and the Panthers third round pick which is 72.

I did a seven round mock draft using the draft simulator on FanSpeak.com. While some players may not be around in the actual draft while they were in the simulation I selected the players who I thought helped fit the biggest needs for the Patriots.

Edge Rusher remains the biggest need for the Patriots after the offseason, even with the addition of Kony Ealy. The team lost Chris Long and Jabaal Sheard to free agency and have little depth at the position. Anderson is a very good pass rusher and can get after the passer standing up and with his hand in the dirt. One down side with Anderson is his size, only standing at 6’2 253 pounds he could face problems against bigger tackles. Given the relationship between Bill Belichick and Alabama head coach Nick Saban, Anderson is someone who the Patriots could definitely look to draft to help their issues at the defensive end/ outside linebacker position. 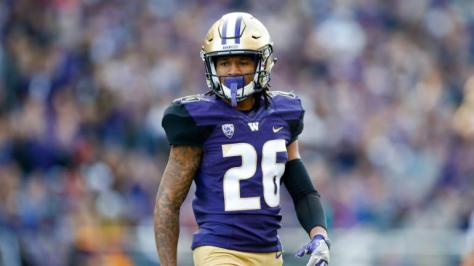 While I don’t expect Jones to last near this long the Patriots should draft him immediately if he does. Jones would have been a first round pick if it wasn’t for the torn Achillies injury he suffered at his pro day. Jones is a very physical corner who possesses good speed, and also has a knack for finding the ball with his nine career interceptions during his time at Washington.  Jones insisted that he would be ready in time for training camp, and even if he isn’t would still be a great pick at this point in the draft with the talent he possesses. If the Patriots do part ways with Malcolm Butler either this year or next, Jones could be a great replacement in the secondary. 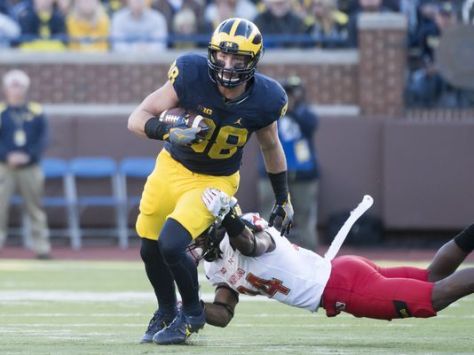 Like Jones, Jake Butt saw his draft stock slide due to injury. Butt suffered a torn ACL in the Orange Bowl against Florida State and is currently rehabbing the injury. Butt wont burn you defenders with his speed but is a consistent, reliable pass catches and a very good blocker for the tight end position. When you watch Butt you can see flashes of Cowboys tight end Jason Witten in his game. The Patriots lost Martellus Bennett in free agency but acquired Dwayne Allen in a trade from the Colts to pair up with Rob Gronkowski. The issue? Both Gronkowski and Allen have had their share of injury problems since entering the league. Adding another tight end into the mix would be a wise move for the Patriots in the draft; and because of the deep tight end class and injury that he suffered Butt could be a potential steal for the Patriots in the fourth round. 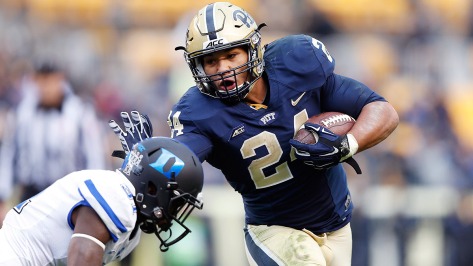 Running back is not a huge position of need for the Patriots, especially if Buffalo does not match the offer sheet that the Patriots gave restricted free-agent Mike Gillislee earlier this week. But as of now Gillislee isn’t a member of the Patriots so James Conner is the pick here. Conner is a big physical back with a powerful running style, similar of LaGarrette Blount, who still remains a free agent. Conner could give the Patriots the big, physical back that the team is currently missing and has been a key piece to the offense over the past several seasons. Even with the addition of Gillislee, Conner could be someone who could find a place on the Patriots practice squad. 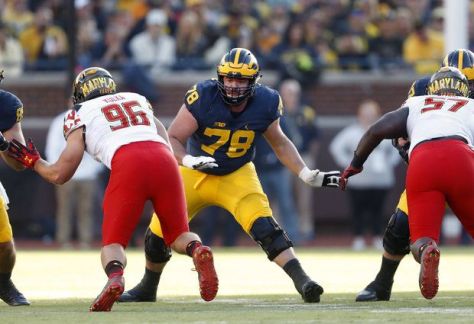 Magnuson has experience playing both guard and tackle while at Michigan. He has pretty good size at 6’6 305 pounds, but could bulk up a little bit if his full-time position is at tackle. Magnuson was named to the first-team All-Big Ten team this past season with the Wolverines and played well against good competition such as Ohio State and Wisconsin. Magnuson would be an upgrade over LaAdrian Waddle and Cameron Fleming as a backup tackle. 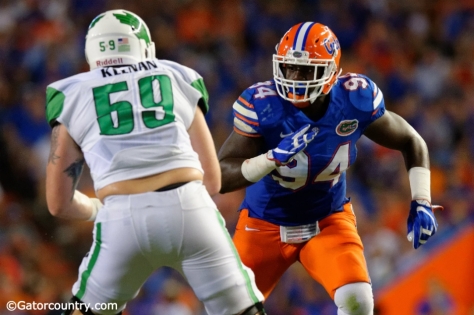 The son of former Patriot Bryan Cox, Cox Jr. has the size to play defensive end and outside linebacker in the NFL at 6’3 265 pounds. Cox Jr. had a productive first three seasons at Florida before battling injuries during his senior year. Cox Jr. isn’t a very polished pass rusher and only ran a 4.89 40-yard dash at the NFL Combine, but is a good run defender. During his best season as a junior, Cox Jr. had 10 tackles for a loss with 3.5 sacks. Adding Cox could give the Patriots another big body on the outside that the team currently does not have much depth in.

Wide receiver is not an area of need for the Patriots this season but could be later on down the road and drafting Ross could give the Patriots someone they could hold onto and develop more and maybe keep on the practice squad. Ross possesses good size and speed for the position, standing at 6’2 and running a 4.5 40-yard dash. Ross had a breakout junior season with Dak Prescott at quarterback, setting a school record with 88 receptions and surpassing over 1,000 yards receiving. His numbers slipped a little during his senior season without Presott, but had 12 receiving touchdowns. Ross also contributed on special teams for Mississippi State and could help the Patriots in that department as they struggled with Cyrus Jones returning kicks and punts last year.