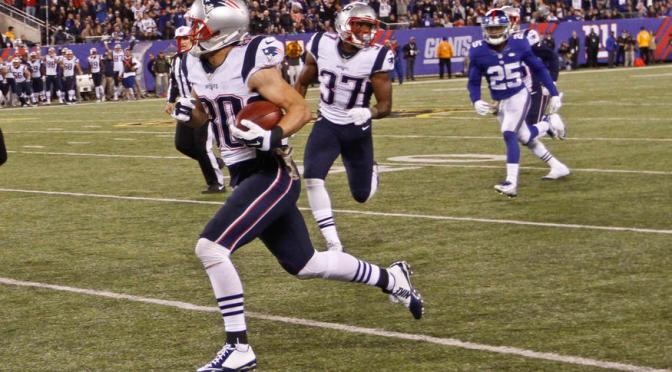 The NFL is a game of attrition and teams know that coming into every season. It’s not shocking when players start going down…and it happens to everyone. Some teams use injuries as an excuse and fall by the wayside. The best teams use a step-up mentality and overcome the adversity.

Survival Of The Best Coached

To this point in the 2015 season the New England Patriots, with arguably the best coaching staff in the NFL,  have clearly  taken the second approach, and it has paid off with a 9-0 record.

All NFL teams are forced to  dig into their back-ups, make trades or move players around to help fill the holes created… and New England has done that with the best of them.  What seems to be the biggest difference between the Patriots and most other teams is (drum roll please) they always seem ready for everything, and that, my friends (I hope) is  all about coaching.

Bill Belichick has always liked players with versatility and, in  2015, it has paid off. As injuries piled up we’ve seen players we never heard of (alright, maybe a slight exaggeration) playing positions they  never played in the NFL!

So now the Patriots face another hurdle. How do you replace the unique qualities of Julian Edelman? The simple answer is: you don’t! Fans are once again bringing up names (remember Reggie Wayne?) of players who may be available. It’s time to take a deep breath and let Mr. Belichick and his staff do their thing.

Danny Amendola (Feature Photo: Patriots.com David Silverman) has played his best football since becoming a Patriot. No, he doesn’t play the slot, as Edelman does, but here’s where coaching steps in again. The ability to change on the fly has been unbelievable this season…and the Patriots will do it again.

Brandon LaFell is back close to 100%, Gronkowski is…well, Gronk, Scott Chandler needs to step up and make catches he’s supposed to (Chandler has just 13 catches for 137 yards and two TDs this season), Keshawn Martin is about ready to come back and has looked good in his short tenure and it’s time to fish or cut bait for Aaron Dobson.

Will The Patriots Still Roll Over Opponents?

Quick answer, probably not. To expect the team offense to continue to perform at their current level minus an offensive line (which returns some bodies this week, thank God), Dion Lewis and Julian Edelman is completely unrealistic. Yes, Tom Brady is Tom Brady, but you could start to see his frustration Sunday against the Giants.

He’ll move on, but his comfort level of always having Edelman there when things aren’t going right won’t be the same with Amendola.  He made that plain in this weeks press conference when he said “ Julian Edelmans just aren’t sitting out on the street or else they’d be playing for another team” As Mike Reiss quoted in an article on ESPNBoston.

Lewis had added something this area hasn’t seen since the days of Curtis Martin, an elusive running back who made tacklers miss. James White and Brandon Bolden don’t come close to filling that role.

Can The Injuries Continue To Pile Up

By December there are very few bodies that aren’t battered and bruised. Most players accept it and are able to play through the pain. Many  just can’t because of the severity of their injuries.

You also have the rookies, who hit a wall around game 12.  No sir, the NFL isn’t quite like college!

So, logic says there may be more decisions to be made as the second half of the season rolls along. Don’t hang me here, but 16-0 may be unachievable, yet, looking at the rest of the NFL the New England Patriots are still the Super Bowl favorites.