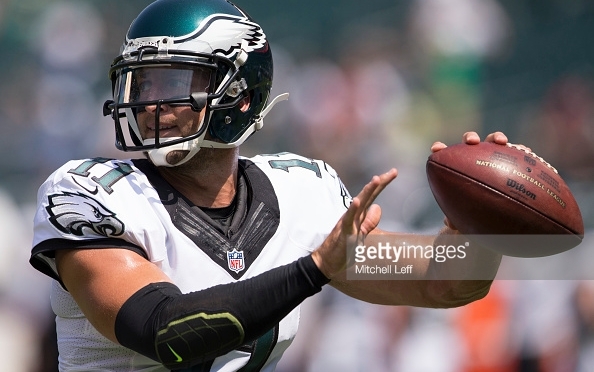 A Philadelphia Eagle’s team source said that as long as quarterback Tim Tebow doesn’t make any major errors, he will make the team. A Christian singer named Matt Redman wrote a song that said:

Shout it out, let the people hear

Something so powerful it shakes the whole wide world

So everyone, I call you all together, to shout it out, scare the dog, wake your neighbors as we all say it together, “TEEEEEEEEBBBBBBOOOOOOOWWWWWW!!!!!!!!” As long as our favorite quarterback doesn’t screw up too badly, he will be on an NFL team for the 2015 season. Yes, there is a God. This is why you don’t question what He does, because He’ll come through in the end.

Not only does it look like Tebow will make the Eagle’s roster, Chip Kelly seems to be a fan of the former Florida quarterback as well. Kelly said that he’s impressed with Tebow’s running skill, and although he’s not perfect, he’s improved throwing the football. In the Eagle’s preseason game against the Colts on Sunday, Tebow completed six of twelve passes for 69 yards while also running four times for 15 yards and a touchdown.

Tebow was one of the most decorated college football players of all time. While at Florida, he won two National Championships, was the first sophomore to win the Heisman trophy, and won 35 games in three years as a starter. He was also the recipient of numerous awards as well as the holder of many records both passing and rushing. However, an elongated throwing motion and a lack of accuracy on his throws kept Tebow from being a top prospect coming out of school. The Denver Broncos surprised many by taking Tebow late in the first round of the draft.

Tebow backed up Kyle Orton his rookie year, but after the season went into the toilet he started the last three games of the year, actually winning a game against the Houston Texans. In that game, Tebow rallied the Broncos from a 17-0 deficit and threw for over 300 yards in the win. 2011 looked like it would be Tebow’s year, but he started the season just as he had the year before, as Kyle Orton’s back up. With the team on their way to a 1-4 start, head coach John Fox put Tebow in to play the second half against the San Diego Chargers. He was far from perfect, but Tebow nearly led a comeback and earned the starting job for the rest of the season. What followed was a series of miraculous wins. It became routine for Tebow and the Bronco’s offense to slug through the first three quarters of games, and then pull off a crazy comeback in the fourth quarter to win. It culminated in the Wild Card round. Tebow threw an 80-yard touchdown pass to Demariyus Thomas on the first play of overtime to beat the Pittsburgh Steelers.

The Tebow magic ended after that. Tom Brady and the Patriots laid the hammer down on the Bronco’s the next week. After the season the Broncos signed Peyton Manning and traded Tebow to the Jets. Tebow never started with the Jets, was signed by the Patriots the next season, didn’t make the team, and hasn’t played since.

Now it looks like Tebow will be back in the NFL again. The last time we saw him as a starting quarterback, it was in the playoffs. Tebow won’t be starting for the Eagles. But with the injury-prone Sam Bradford set to lead Chip Kelly’s offense, and the roller coaster of a career with more downs than ups that is Mark Sanchez the only other quarterback likely to make the team, it’s very plausible that Tebow will play a major role at some point in the 2015 Eagle’s season, and at this point, that’s all us Tebow fans can ask for.