The long and torturous wait is almost over.

In just eleven days, NFL fans starving for any on-field action will finally get their first taste of live football. Granted, it is just the Hall of Fame game that will feature second and third stringers on the field for the majority of the time, but I think I can speak for many when I say that fans will take whatever they can get in August. But like most of the news that comes out of the NFL nowadays, the headline overshadowing this year’s event is surrounding the controversial decision the Hall of Fame has made with regard to one of the inductees in this year’s class – former Patriot Junior Seau. 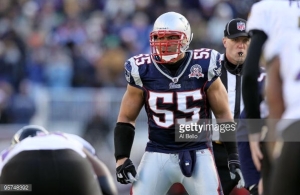 The “Tasmanian Devil”, whose passionate playing style reflected in every one of the 1800+ tackles, 56.5 sacks and 18 interceptions he recorded throughout an illustrious career made him a sure bet as a first-ballot Hall of Famer. Unfortunately, he won’t be taking the stage to wear a gold jacket, nor will we hear any speech on his behalf come August 9th, as the Hall of Fame will not allow his family to speak at the enshrinement ceremony. Instead, the NFL Network will produce a five minute tribute video immortalizing Seau’s accomplishments on the field and completely dismissing his life’s tragic end and a little wrongful-death lawsuit that is still ongoing. After the 12-time Pro Bowler took his own life in May 2013, studies of his brain tissue determined he suffered from CTE (chronic traumatic encephalopathy), a degenerative brain disease that is linked to concussions and is found in many former players.

The elephant in the room thrust itself into the spotlight when over 4500 former players and their families filed a lawsuit against the league in an effort to obtain security and treatment for injuries they suffered during their playing days, something the league dodged for years. The initial measly settlement of $765 million was withheld in August 2013 and a final settlement of over $1 billion was reached earlier this year. There were a couple of hundred players and families who opted out of this suit and subsequent settlement who are pursuing individual suits against the league, the Seau family being one of them. While the Hall of Fame committee claims that speeches for players being inducted
post-humously are redundant and basically a waste of time, it seems that the NFL, who has a hand in putting this milestone event together is trying to tip-toe around yet another controversial topic that has sparked endless backlash.

Sydney Seau, daughter of the 1992 Defensive Player of the Year tells The New York Times, “It’s frustrating because the induction is for my father and for the other players, but then to not be able to speak, it’s painful. I just want to give the speech he would have given. It wasn’t going to be about this mess. My speech was solely about him.”

The idea that the Seau family would use such an event as a platform to expose the league is blasphemous. Do you think the Hall of Fame conspiring with the NFL to shut the Seau family up is fair?