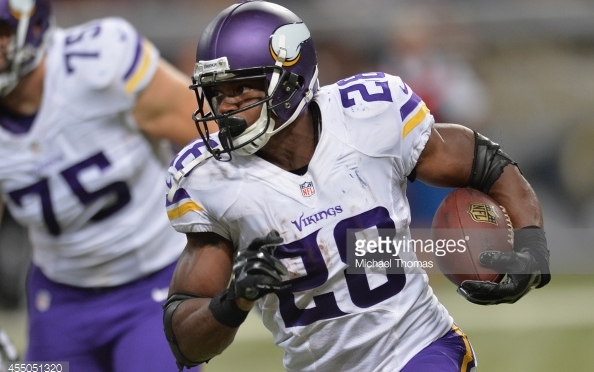 After a tumultuous 2014 and off-season filled with controversy and trade demands, running back Adrian Peterson finally came to terms with the Minnesota Vikings on a restructured contract.

Keep in mind, Peterson was suspended the 2014 season after he pleaded guilty to child abuse chargers towards his four-year-old child. Peterson was reinstated on Apr. 16, 2015.

With the amount of money Peterson is getting paid, there’s lots of questions that remain. Will Peterson still produce the elite production numbers of years past? Or has the one year suspension forced him into a decline?