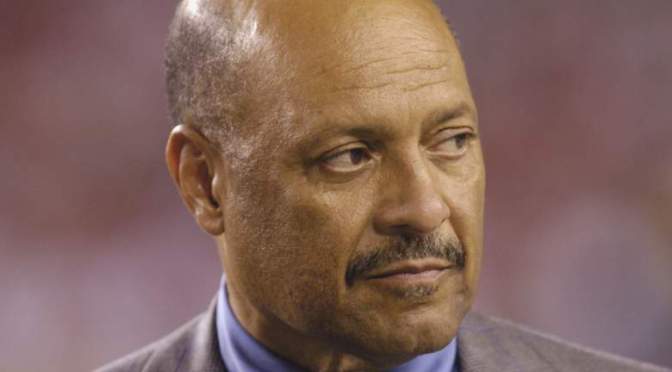 Here’s the text of arbitrator Harold Henderson, NFL Executive Vice President for Labor Relations, regarding the reduction of Greg Hardy’s suspension from 10 games to 4.

“After consideration of all the record evidence and arguments, I conclude that the Commissioner acted within his authority and properly exercised his discretion in finding that Hardy violated the NFL Personal Conduct Policy,”

“I find that the conduct of Hardy clearly violates the letter and spirit of any version of the PCP since its inception, and of the NFL Constitution and Bylaws long before then. The egregious conduct exhibited here is indefensible in the NFL.

“However, 10 games is simply too much, in my view, of an increase over prior cases without notice such as was done last year, when the ‘baseline’ for discipline in domestic violence or sexual assault cases was announced as a six-game suspension. Therefore, the discipline of Mr. Hardy hereby is modified to a suspension of four games; all other terms of the discipline letter remain in place.”

Hardy is still considering taking the NFL to court.

The ball is now in the hands of NFL Commissioner Roger Goodell regarding New England Patriot QB Tom Brady’s appeal of his 4 game suspension. It will be difficult for the Commissioner to impose the same 4 game penalty now being imposed on Hardy.