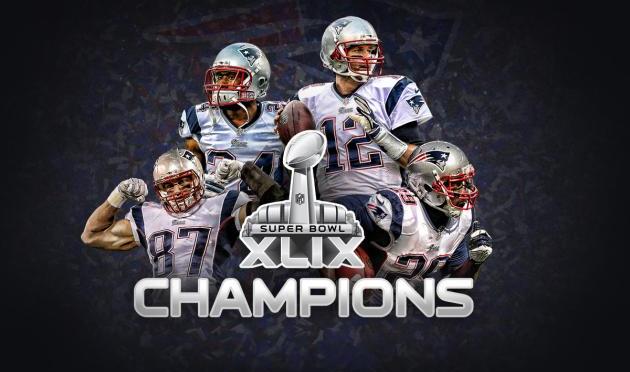 Looking over the eight divisions in the NFL, the AFC East division has had a great deal of success over the past 15 years. Don’t remind any Bills, Jets and Dolphins fans about this though, for all twelve division titles, six Conference Championships and four Super Bowls won over this time belong to just one team – the New England Patriots.

But the reigning Super Bowl champs have had an offseason that has casted some reasonable doubt for fans ahead of the upcoming season. With the anchor to their defense and their two starting cornerbacks gone and an impending ruling yet to be handed down by the Ginger Hammer (#exonerateBrady), the rest of the AFC East has made moves to improve their teams with some key acquisitions. Is that enough to sink the tight ship run by Bill Belichick and Co.? Let’s take a look at how the three other teams stack up against the Kings of the AFC East:

Jets – Aside from the big (*cough* robbery *cough*) free agency signing of Darrelle Revis, the Jets also brought back Antonio Cromartie to the secondary to beef up an already tough and talented defense who will have Sheldon Richardson back by the time they face the Patriots in their Week 7 showdown. To complement the defense, the Jets improved their receiving corps by acquiring Brandon Marshall in free agency and drafting Devin Smith in this year’s draft. The bad news? The Jets may be in a better position to expose a weaker Patriots secondary by forcing them to put more cornerbacks on the field against a stronger set of wide receivers. The good news? The Jets don’t have Rex Ryan. Or a QB that can lead them to a division title. And while the Jets will have Sheldon Richardson back, the Patriots will have Tom Brady ready to go too, so I’ll be placing my bets on the Brady Bunch.

Dolphins – Ndamukong Suh decided to bring his talents to South Beach and that is huge for a franchise whose fans have been left with a sour taste in their mouths from watching teams full of hope and promise disintegrate the past two seasons. Having Suh join Earl Mitchell in the interior while Cameron Wake and Olivier Vernon rush the edges will be the cause of many headaches for offensive coordinators in the division and across the league. The Dolphins also did a pretty good job of getting quarterback Ryan Tannehill (a massive contract and) some new weapons by signing Greg Jennings and drafting DeVante Parker with the 14th pick of the draft to join a balanced run game for the offense. But are these improvements enough to overcome the major holes this team has at guard, linebacker and at the cornerback position? Or will Dolphins fans face another tumultuous season that will end in more heartbreak for their fans? Too soon to tell. One thing that is certain – Bill Belichick’s bread and butter is taking away what every team does best and making them beat his team without their strengths. If the offensive line for the Dolphins struggle to create openings for their running backs and keep Ryan Tannehill upright, their secondary won’t be able to save them from the Patriots’ elusive passing attack.

Bills – No other team in this division (or in the league for that matter) had quite the offseason the Bills had. No other team in this division will have the pleasure of potentially facing a Brady-less Patriots offense (*knocks on wood*) this season and that is quite the advantage to have on your side, especially with an elite defense led by Mario Williams, Marcell Dareus and Kyle Williams. These three ended the season with double-digit sacks on a team that racked up 54 sacks in 2014. It only gets better for this team because guess who’s at the helm for this Bills this year? Rex Ryan, defensive mastermind. But, said defensive mastermind is no offensive mastermind, and he’s going from one quarterback debacle with Geno Smith and the Jets to another with E.J. Manuel and the Bills. His other options at quarterback (Matt Cassel, Tyrod Taylor and Jeff Tuel) don’t seem to represent the long term answer to lead a good running combo in Fred Jackson and LeSean McCoy and a good wide receiving corps that includes Sammy Watkins, who is coming off a stellar rookie season. It’ll be quite the chess match when these two teams meet up in Week 2 and in primetime on Week 11. Rex will focus on disguising his defense with intricate blitzing schemes to faze the Patriots quarterback while Bill will squash the running game and force the Bills quarterback to beat the defense with his arm. There is no doubt that the Bills have the biggest chance to dethrone the Patriots for the AFC East throne, but their biggest hole is at the most important position on the team. With that said, I will give Bill Belichick and Co. the benefit of the doubt and another division title for the 2015-16 NFL season.